At the conference, held this week in Los Angeles, the Long Beach, Calif.-based document management technology developer unveiled the newest version of its software to a crowd of 400 solution providers representing nearly 200 partner companies, as well as an additional 400 users.

“We are continuing our leadership in document management, and are being competitive in business process and workflow management,” LaPointe said.

The most important change in the new version is a major overhaul and enhancement to Laserfiche’s workflow engine, Workflow 8, which now allows customers to completely eliminate paper in the routing of documents, LaPointe said.

For instance, users can add tags to electronic documents that automatically trigger a response to some action such as moving a folder or adding a certain number of pages to a document. Multiple actions can be configured in a workflow. The workflow is designed with Workflow Designer, an application based on Microsoft Visual Studio that alerts when something is improperly configured. It is scalable so that multiple instances of Laserfiche Workflow 8 can support one Laserfiche repository, and vice-versa. Finally, since Workflow 8 is based on Windows Workflow Foundation, it is compatible with many third-party applications such as Microsoft Exchange, LaPointe said.

“This enables our VAR partners to be much more competitive in the workflow space,” he said. “And that opens up new revenue streams because it lets them come in and help customers set up the processes.”

“It allows customers to pull data from external sources, add scripts, and add expressions, all from a graphical interface,” Welsch said. “It’s so powerful, but so easy any user can use it.”

Allen Adjamian, president of Adjamian Affiliated, an Encino, Calif.-based Laserfiche solution provider, said with Workflow 8, anyone can be in the field, create a document, send it to the main office, and get a business decision in minutes.

“Absolutely any event can create a workflow,” Adjamian said. “That means a lot of opportunities for consultants. In the past, a customer might say, “here’s how we are doing it with paper, can you duplicate it electronically?’ Now they don’t need to duplicate the process. Instead of going from A to Z, they can do it just by going from A to F.”

Laserfiche 8 also uses the HTTP protocol with WebDAV extensions, LaPointe said. This allows it to talk to other applications easily and eases the implementation of VPNs. It interfaces with any third-party application, including accounting and system resource management software. “This really sets us up as an enterprise player,” he said.

Adjamian said he likes how easy it is to implement Laserfiche Workflow, especially the ability to get it up and running in a matter of weeks. “One client, the third-largest title company in the world, rolled it out to all its offices in less than a month,” he said.

Customers also like how well Laserfiche 8 integrates with Microsoft SharePoint. “This is a big deal,” he said. “A lot of companies purchase SharePoint but aren’t sure of what to do with it. With Laserfiche 8, it integrates right out of the box. No need to do any coding.”

Another change is the ability for users to redline documents with annotations, Welsch said. “Even though document imaging is about the reduction of paper, document management is about storing documents,” he said. “But when you get right down to it, annotation is very important for users who like to write on documents. It’s a small feature, but a huge addition.”

The main takeaway from the Laserfiche conference for Bill Payton, president of IP Digital, a Sharron, Mass.-based Laserfiche partner, was seeing how fundamentally different version 8 is from previous versions.

“The front end has a lot of nice nuances,” Payton said. “And the back-end database is much more scalable for use by enterprises. It solves a lot of limitations.”

Payton also liked how the conference brought users and solution providers together. “I brought two clients here with me,” he said. “It’s a great way for us to see each other.”

Adjamian said he was not sure how the mixed conference would work at first. However, once there, he found it to be very beneficial. “We got to listen to how customers’ businesses got richer thanks to Laserfiche,” he said. “It’s better than listening to another VAR. These are CIOs spending a whole day of their time telling about the improvements they get from the solution.”

Welsch, on the other hand, said the mixed conference was a bad idea. “We were able to use it as a sales tool to get some customers out here for a free trip,” he said. “But we ended up spending more time with the clients and less in the training sessions.” 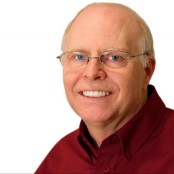 Author: Larry Phelps
My passion is helping organizations like yours become more efficient and effective using Laserfiche enterprise content management system, your paperless solution. I have been a Laserfiche consultant for over 30 years. I have worked with Community Action agencies and non-profits for nearly 20 years helping them go paperless and increase staff productivity. I have a strong background in IT, having owned two IT Consulting firms. And also have over 10 years of experience in Cloud Computing and hosting Laserfiche in the cloud.